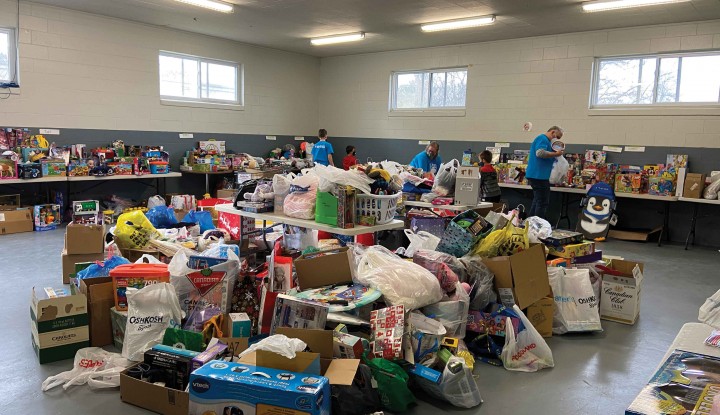 On November 21, 2020, The Gift happened. Chatham-Kent’s community came together to help those in need. The winter season can be a tough time for a lot of people and this year, it’s especially true. The Gift has played an important role in making sure Chatham-Kent citizens were taken care of this year. It was inspired by The Miracle that took place on May 16, 2020. Residents placed non-perishable food items on their doorsteps. It was a huge success with over 680 000 items collected. A surplus of three thousand volunteers and hundreds of businesses came together to help collect and distribute the donations. It was a phenomenal event.

Some organizers of The Miracle noticed there was still a need to fill in Chatham-Kent. They wanted to find another way to continue to help those who are in need. The Gift was designed to help those in need that were reluctant to ask for help. The idea became a reality and the organizers set out to achieve the same success as The Miracle. The Gift was run by citizens of Chatham-Kent and all Holiday Hamper Programs, among many other organizations. The Gift also had over three thousand volunteers and hundreds of businesses to help spread the message. Together they were able to help spread the message and reach everyone in the municipality. They wanted to reach everyone that needed help. Not just the people that reached out. The Gift wanted to help the people that wouldn’t ask for help. You could even bring donations to a friend or family member that was struggling. They wanted to make The Gift as simple as possible with no barriers.

Everyone was encouraged to leave items of food, clothes, books, or anything else that could help someone on their doorstep on November 21. Besides donating, thousands of people got involved in other ways. People helped with pick-ups, sign making, organizing, sorting, and distributing items. On the final day, volunteers set out to collect items. The response was overwhelming. As Brent Wilken, one of The Gift organizers, said “It was a huge success with an out of this world amount of donations. It was a true phenomenon.”
The Gift displayed more unity than The Miracle.

The Gift didn’t end on November 21, 2020. People were allowed to donate until the very last day on December 24, 2020, at 11:59 p.m. Well over three million dollars’ worth of items were donated to Chatham-Kent’s community. At least double the amount of people were helped compared to last year. Over twenty thousand people were able to have a better Christmas this year because of the kindness of our community. As Chatham Goodfellows President Tim Haskell said, “We set out to reach more people than ever and we achieved more than we could have imagined.” It’s amazing, considering Chatham-Kent is a small community. When you remove the barriers to entry and allow everyone to be helped or donate, great things can happen.

Although The Gift broke a record amount of donations, it was never about breaking records. As Brent said, “They just wanted to give back to our community and help those in need.” The Gift has proved what Chatham-Kent can do as a community. The amount of support and donations that The Gift received was amazing. When our community comes together we are strong.

Getting to Know Your Bud

Falls can happen anywhere. They are the leading cause of numerous injuries in older adults. In Canada, one in four… 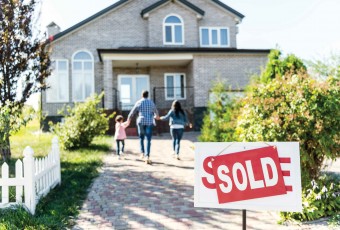 Tricia has been working as a real estate agent for the last seven years. She is a Broker with Advanced…